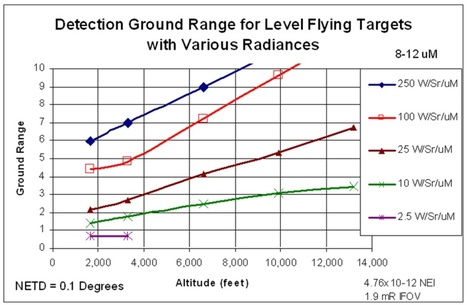 On many searchers the use of helicopters has been suspended due to factors such as maintenance, fuel, weather and the high cost of operations. The standard cost of operating a Jet Ranger Helicopter is around $2000 per hour. With the smaller budgets many departments cannot afford too much flight time.  Add to this problem factors such as Topographic maps that are years old and Google Earth / GIS images which are not regularly updated. In States like Florida that have wet and dry seasons, a section that looks dry on the map may be several feet under water during the rainy season. What then is the SAR operation supposed to do in order to be effective and maintain the safety of its searchers?


In the spring of 2013, PRSAR began looking into the possibility of using remotely piloted vehicles (RPV) to complement Search & Rescue operations. These RPV's have the capability of sending both still shot mapping images as well as live video feed back to the base of Operations. This technology has proven to be quite valuable at being able to map areas ahead of searchers to look for  catching  features in the terrain where a lost person might seek refuge and identifying dangerous areas that searchers should avoid. Certain RPVs that can hover, have been stationed near trail heads to monitor for lost persons traveling through. The RPV can be tasked to patrol High probability dangerous areas during hasty searches to facilitate the rapid response of SAR teams.

1) Situational Awareness and Reconnaissance -  This mission will produce a High resolution composite image or orthomosaic that is suitable for map making and/or Google Earth overlay to assist Search Managers by providing real time area conditions to identify hazardous areas and areas of interest.

​2) Search Mission - Searching for either a missing person or person of interest with either Fixed wing or Rotor wing aircraft. These missions will produce both Video data and well as single image data that is then Geo-tagged and processed by PRSAR's proprietary image recognition software. Targets of interest are then sent to Command for search team tasking.

3) Flood Assessments - This mission is flown for Emergency managers who need real time video of flooding conditions in critical areas. Both Photo imagery or live video is possible and can be transmitted directly to the Emergency Operations Center.

4) Debris Estimation - Either fixed wing or rotor-craft can be used for this mission offering either Geo-tagged images or video for Disaster Managers to assign rescue and clean up assets and estimate clean up costs.

5) Structural Inspection - This mission uses a Rotor-craft with a remote pilot operator working with the Structural Engineer as to viewing angle requested and altitudes needed. For this mission both FLIR and Live video are available.


Currently PRSAR RPV is flying in accordance with the Operation and Certification of Small Unmanned Aircraft Systems, Title 14, Code of Federal Regulations, Part 107 as directed by the FAA.

How can a drone help families of missing people? pic.twitter.com/8duU3fWO7O